Turn your steam turbine into a revenue generating machine for your building using ADR. 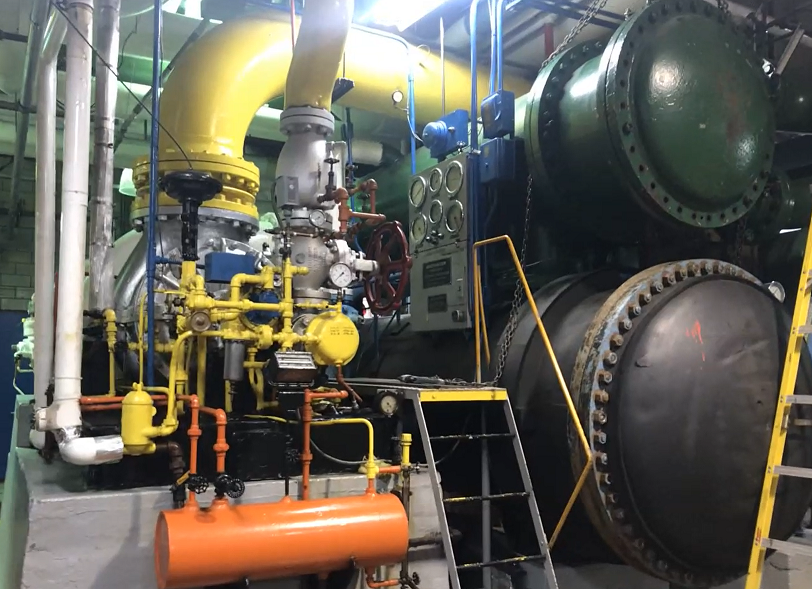 What is Automated Demand Response (ADR)?

ADR projects consist of automating otherwise manual processes to effect reliable demand response. ADR allows utility companies the comfort of knowing that curtailable kW, or negaWatts, will be available when called upon. Manual processes are effective however not as reliable.  Especially when calls for curtailment occur during the summer when there may be an absence of operating engineers.   Afterall, operating engineers, who like us all, are out trying to enjoy the short summer season as well.

We have been working with a commercial building owner for almost six months now to rejuvenate their steam chiller.  The steam turbine chiller will participate in the NYISO’s demand response program.  This project entails participation in ConEdison’s Demand Management Program (DMP).  The DMP program helps offset the cost of implementing ADR systems and protocols.

However the operators ran the machine only in the months of September.  During September,  the cooling load of the building would be at part load.  Not surprisingly, we found that the Worthington only operates at 50% of its original design capacity.  The Worthington has been derated as a result of years of wear and tear on its condenser bundle. The condenser bundle is where the steam chiller transfers heat from the closed building loop to the open condenser water loop.  When the capillary tubes in the condenser water bundle become clogged, the ability of the steam chiller to transfer heat is reduced.  The capacity of the steam chiller then decreases as a result, and in this case cannot handle the entire building load. 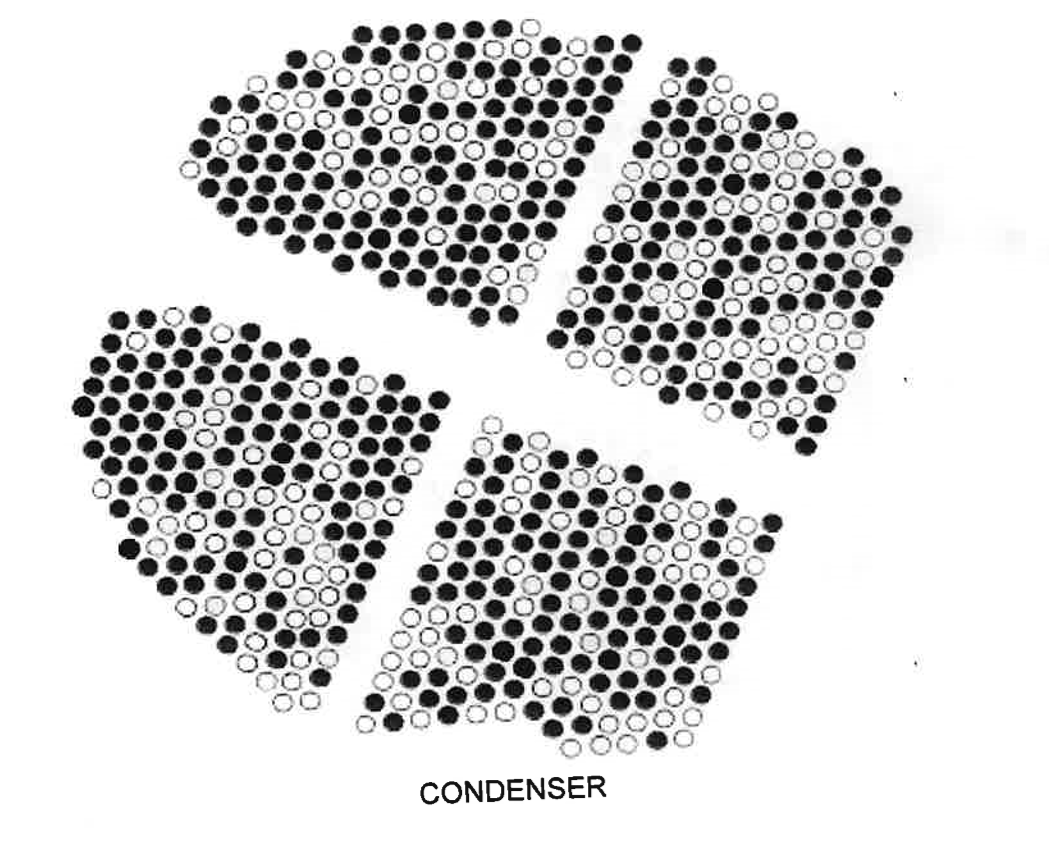 The Condenser Water Loops are typically open loops that feed to a roof sited cooling tower.  Years of exposure to condenser water caused many of the Worthington’s tubes to become clogged and or ruptured.  The building cappted the ruptured tubes  over the years and abandoned them in place.

The controls of the steam chiller were also dated.  However the manufacturer beautifully appointed the control panel.  Worthington trimmed all of the gaurge classes with chrome which the building engineer proudly maintains. 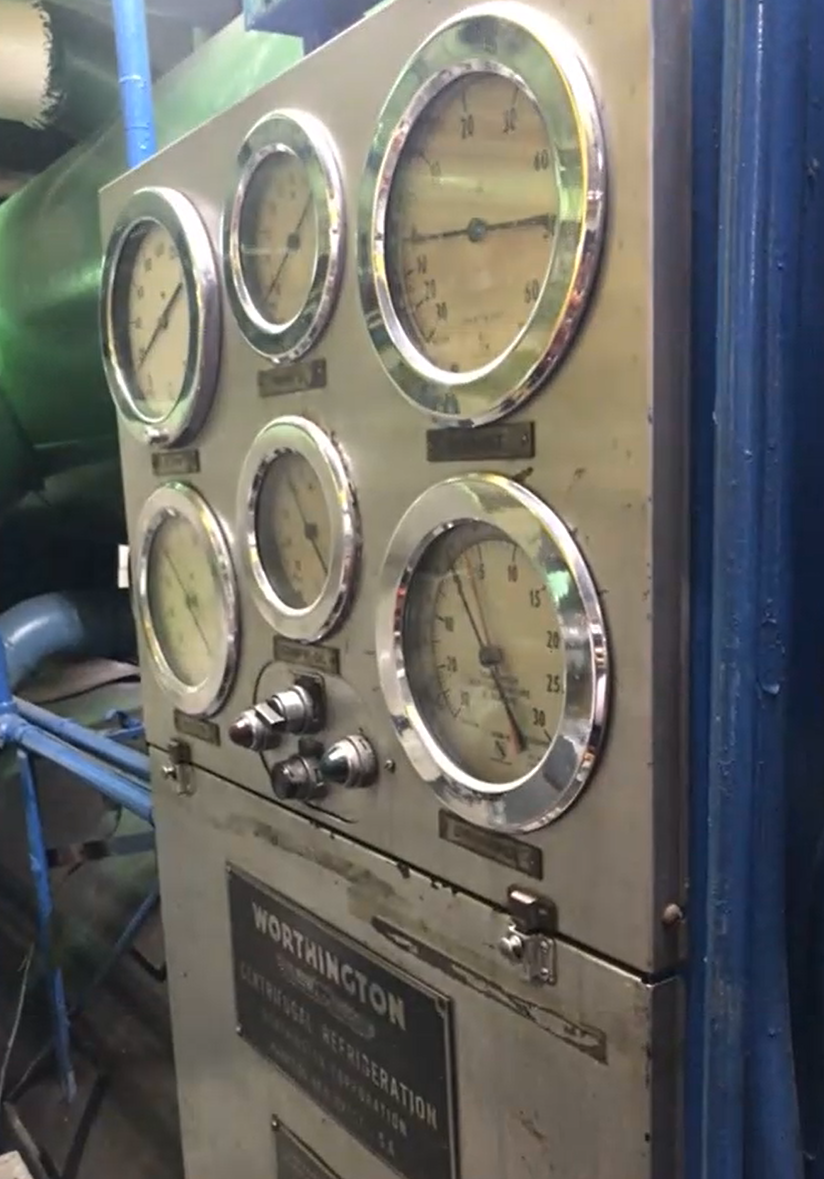 We had collected chiller log data and began to compile it into an operating profile of the steam chiller.  We worked with Carrier who serviced the machine and developed a plan to rejuvenate the otherwise tired Worthington steam chiller.  The goal was to allow the Worthington to give its electric centrifugal cousin a rest during a demand response event. 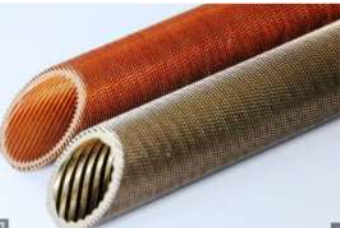 Next came the steam turbine itself.  The Worthington chiller has custom fabricated steam turbine.  Over the years normal wear and tear can warp or slightly deformed this the steam turbine component.  For this project, the turbine had to be carefully removed and then shipped to a “turbine shoppe” that specializes in re-tooling these types of components. 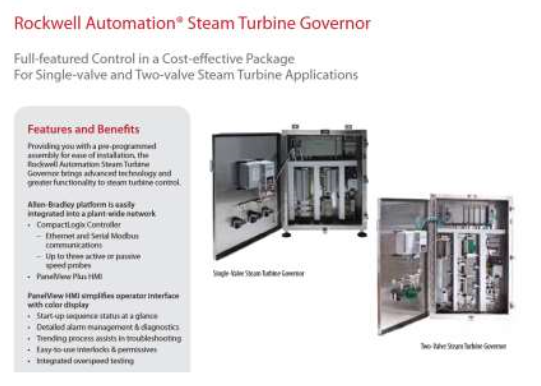 The controls will also integrate the York chiller into the automated demand response protocol. 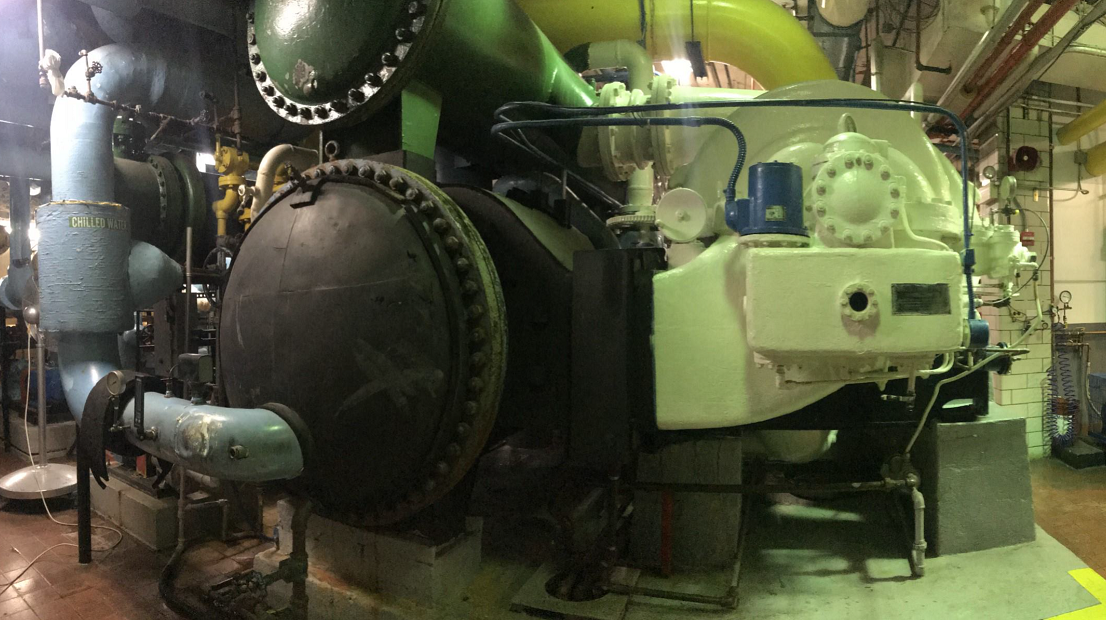 The York Chiller shown above will now be able to sub-cool the building, and then hand over the load to the Worthington which will shed about 300 kW of load during a demand response event.  The entire project wound up costing over $700,000 and ConEdison offset $500,000 of it through its Demand Management Program.

If you have a steam chiller in your building, give us a all to see if we can help you modernize it to its original capacity and get a substantial incentive from ConEdison to help offset the cost.

From our Blog
A Whopping 1,500 Metric Tons of CO2 slashed from NYC!

The Global Warming Problem is Solved Locally With rapid progress being made by many Countries towards favorable climate agreements, more environment advocates frequently explain why...

ConEdison is offering end of year bonus incentives! What kind of Boiler array do we have here…. The existing plant was an array of eight...

The Corona Virus has turned our lives upside down. For the last month or so our office has been bombarded with inquiries for indoor air…

READ MORE
ConEdison is running an End of Year Special!

New York City has embarked on an energy efficiency endeavor. As can be seen in the many media outlets across the Country, NYC has enacted…

Energy Efficiency does not have to be a drain on your building’s expenses. Local Law 33 requires building owners in New York City to display…

READ MORE
Breaking News. – We may be able to secure cash incentives to provide Local Law 87 compliance services for free.

Green Connect spots a large kW demand during unoccupied conditions. We have a long business relationship with a price-sensitive Client down in downtown Manhattan. Demand…

LC Associates has file several applications for efficiency projects that yield electric energy savings as a result of steam controls on over-heated buildings. In the…